Nurettin Sönmez was born in 1978 in Istanbul. He studied Mining Engineering in Istanbul University. He has interest in Far East Sports for 15 years. He spent more than 4 years in China. He acted in Mavi Kelebekler, Tatar Ramazan and Diriliş Ertuğrul.

Many names had been considered for the lead actress, however, it couldn’t have been agreed on a name due to the criteria. Yet, shortly before the start of the series, the producers made an agreement with Özge Törer.

Özge Törer is now a third-year student majoring in performing arts at University. She participated in the auditions of Kurulus Osman and the director was impressed with her performance.

Seda Yıldız is born on 20 May 1967, Zonguldak. He studied Theatre at Mimar Sinan University in the Faculty of State Conservatory. He’s known by his role of Yaşar Katırcı in Kurtlar Vadisi Pusu. Lastly, he acted in Eşkiya Dünyaya Hükümdar Olmaz.

Ragıp Savaş is another actor that will take a role in the series, as Dündar Bey. He was born in İzmir in 1966 and graduated from Mimar Sinan University Theatre department. He started his professional career in state theatres. He also has a lot of filming experiences.

Ayşegül Günay will appear in the series as Zühre Hanım, the aunt of Osman. She was born on November 9, 1969, and graduated from the Anatolia University Theatre department. So far, she has taken part in many Turkish series and movies.

Born on 11 July 1987. She’s a Yugoslavian actress who fleed from war to Turkey. She acted on some of her roles as a foreigner. She’s known by her role Handan Sultan in Muhteşem Yüzyıl Kösem. Lastly, she acted Jennifer on a series called Nöbet.

Emre Basalak was born in 1979 in Istanbul. He studied Theater in Ankara State Conservatory. He receives an award because of his acting in “D-21”.

Eren Vurdem was born in 1988 in Konya. He studied Theater in Haliç University Conservatory. He acted in İnadına Aşk, Şefkat Tepe, Söz.

Uğur Aslan was born in 1973 in Hatay. He studied Theater in Ankara University. He acted in Siyah Beyaz Aşk, Kara Sevda.

Daughter of Sheik Edebali, Malhun Hatun will fall in love with Osman Ghazi. Actor of this role, Aslıhan Karalar born on 27 April 1999. She studied Bussiness Management at London College and also she took ballet, piano lessons. Lastly, she acted the role of Ezgi in Şahin Tepesi and improved her acting skills. She drew interest in both acting and her beauty.

Abdül Süsler was born in 1981 in Istanbul. He joined Kocaeli University’s Theater Community while studying Chemistry. Then he changed his study field to Theater in Haliç University. He acted in Insomnia, Hürkuş and he played in many theaters.

Born on 21 March 1976, Istanbul. He acted on some series like; Sakarya Fırat, Cesur Yürek, and Milat.

Eren Hacısalihoğlu was born in 1986 in Trabzon. He studied in Haliç University. He acten in Kadim Dostum, Benim için Üzülme, Aşk Yalanı Sever.

Buse Arslan Akdeniz was born in 1992 in Istanbul. She studied Acting in Beykent Univesity. She acted in Akasya Durağı.

Açelya Özcan was born in 1986 in Istanbul. She studied Business Management in Istanbul University.

Yiğit Uçan was born in 1987 in Istanbul. He studied in Anadolu University. He acted in Mehmetçik Kutlu Zafer, Söz and Muhteşem Yüzyıl: Kösem.

Information about Kuruluş Osman by Mehmet Bozdağ and Burak Özçivit

Information about Kuruluş Osman by Mehmet Bozdağ and Burak Özçivit 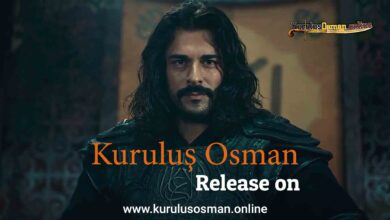 When will Kuruluş Osman be published?